As a result of staying up until 2:00am coupled with the stress of driving through parts of London yesterday, I was exhausted and decided to stay in our very comfortable apartment for most of the day. Satoshi, who had not stayed up until 2:00am, decided he would visit Wimbledon. We met up again at St.Paul's Cathedral for Evensong at 5:00pm. The music included the plainsong Conditor alme siderum as the introit, responses by Tomkins, the Humfrey in E minor setting of the canticles, and the anthem was Hymn of St.Columba by Benjamin Britten. All was at the high standard one expects from a choir such as this.

Tonight's musical was "The Railway Children" which was put on in a purpose-built theatre very near Kings Cross Station. You can get an idea of it by watching the trailer. It was one of the best shows I have seen in many years. The script follows the original story quite closely and, although a minimum of scenery and setting was used, it was most effective. The children were played by adults. the show moved from the grown-ups reminiscing about their experiences as children to 'flashbacks' in which we saw the story unfold. The entry of the full-size steam locomotive, although not under its own steam, was impressive. We marvelled at the huge number of lines that the members of the cast had to learn. The photos were found on internet, I hope they will give you a bit of a "flavour" of the show. 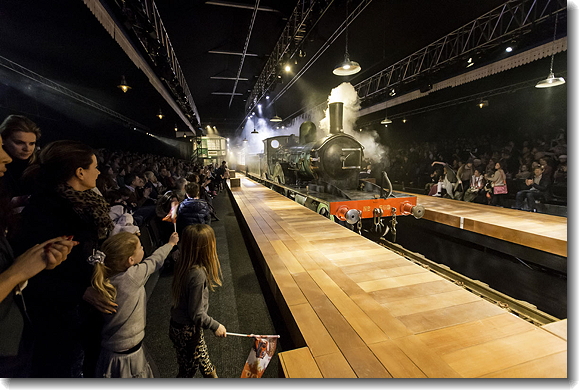 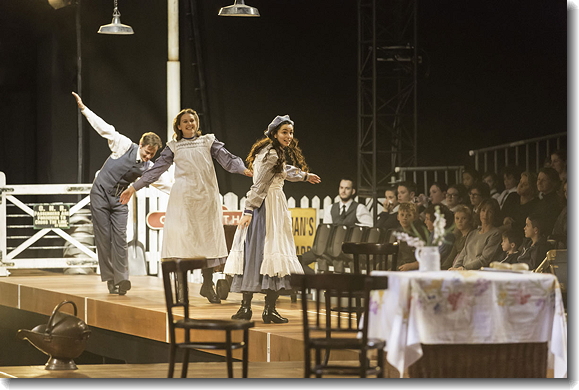 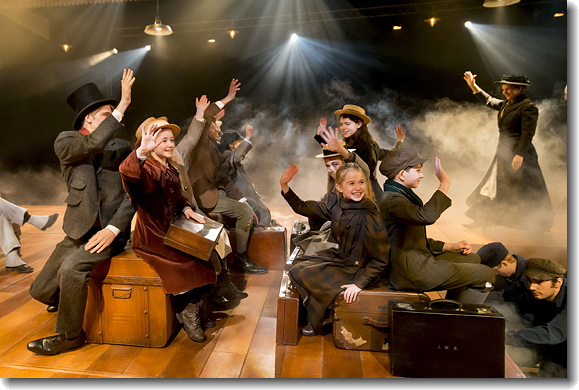 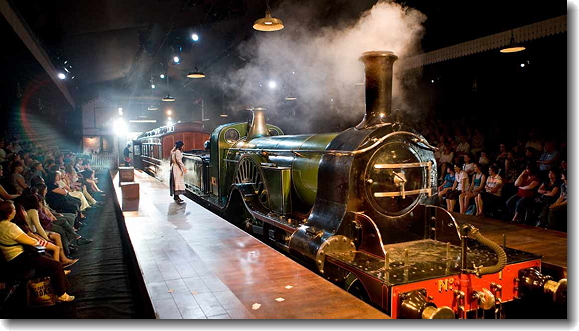 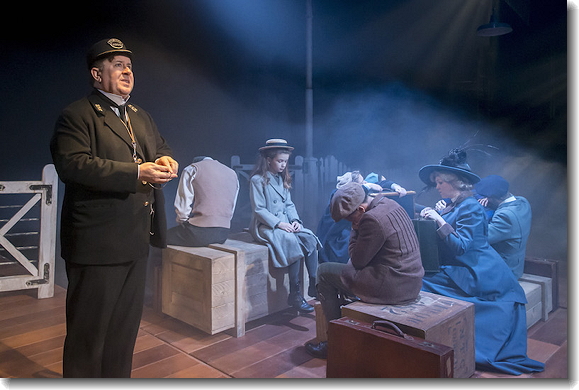 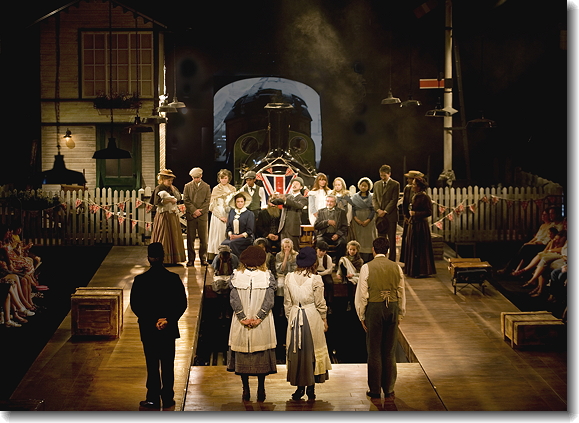 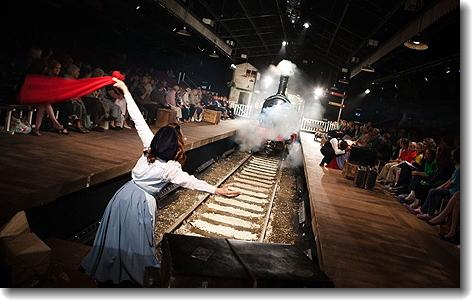