Today was very overcast and a bit cooler than recently, but this is to be expected. I know the photo of our accommodation below makes it look sunny but that's because I forgot to take a photo myself and stole one from the internet to put here! 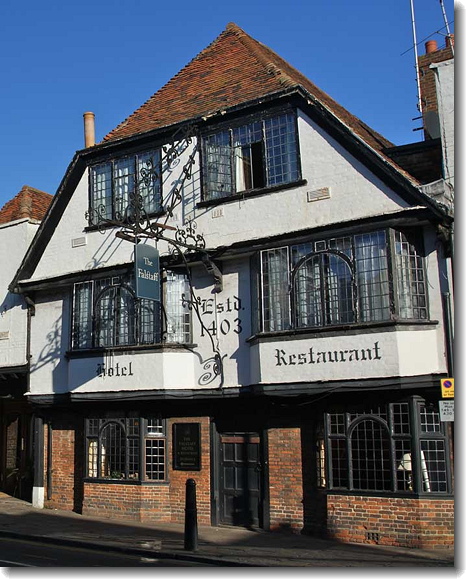 The Falstaff Hotel in Canterbury

Satoshi really wanted to see the White Cliffs of Dover. Unfortunately, there were no advertised boat trips but we decided to drive to Dover and see what we could do. When we arrived, we found that there is a huge redevelopment program going on. It seemed that every second street was either dug up or blocked and we found it really difficult to get access to the marina. Although we did manage it in the end, it was clear that everything was very closed. We decided to go to Dover Castle instead. 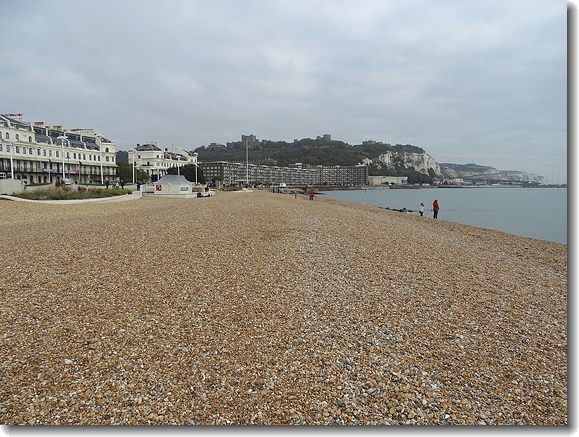 The Beach at Dover 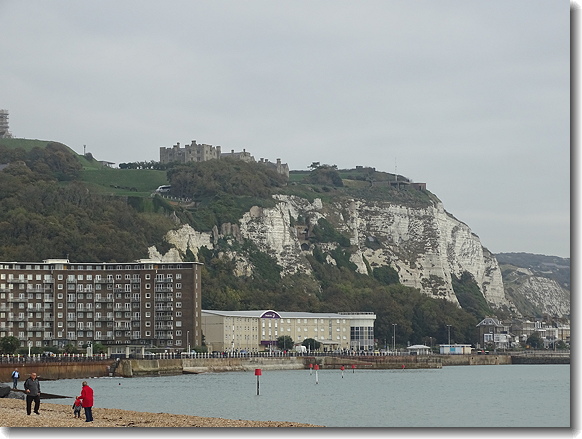 At least Satoshi managed to see the cliffs from the shore 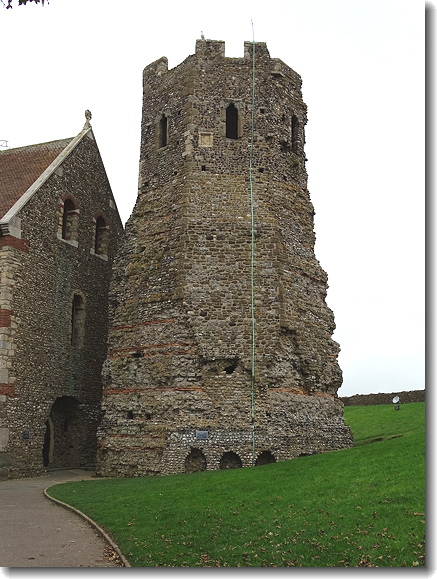 Although the castle was begun by the Normans and very much enlarged by Henry II from 1180 until about 1250, it was not the first building in this location. This Roman pharos (lighthouse)was built in the second century, probably before 150, making it the oldest building we have seen. The bottom part is original and the upper part was added by the Victorians. 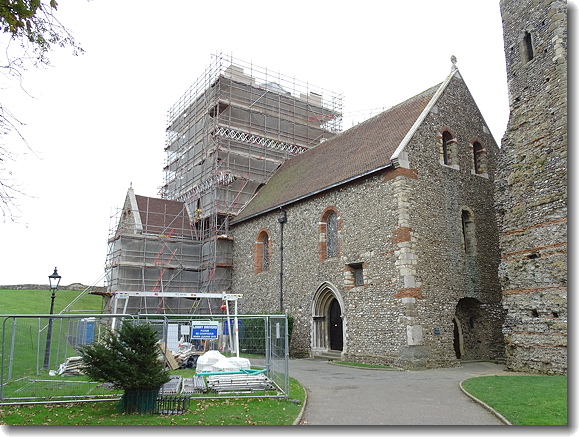 This is St.Mary in Castro Church which was built in about the year 1000. Although it was reconstructed in the 19th century (Sir George Gilbert Scott again - he must have been such a busy man!), the outer walls and the central tower arches are largely original. 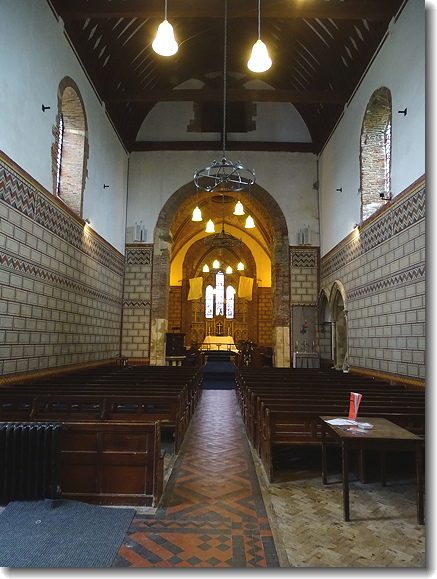 The interior of St.Mary in Castro 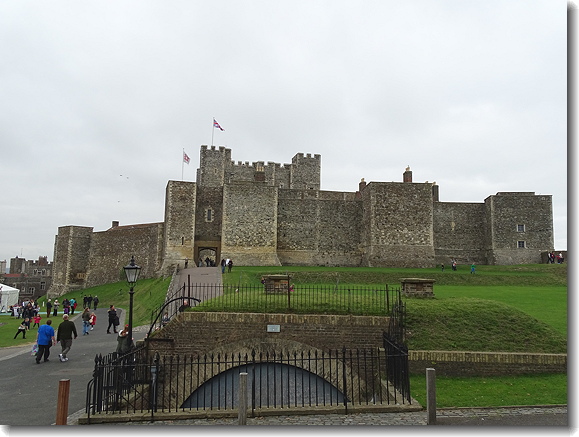 Dover Castle is HUGE and it would take at least two days to see it all properly. We only had two hours so it was a lightning tour! 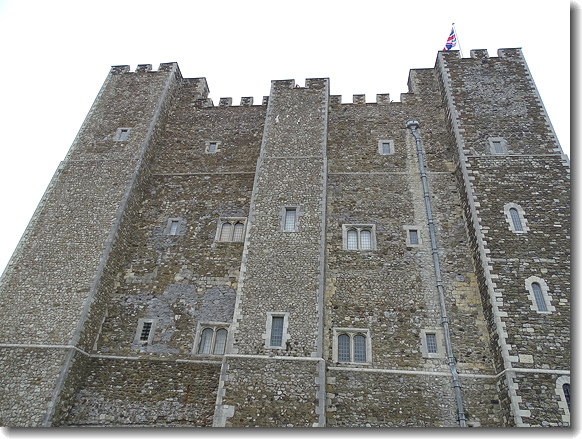 The central keep is called the Great Tower. 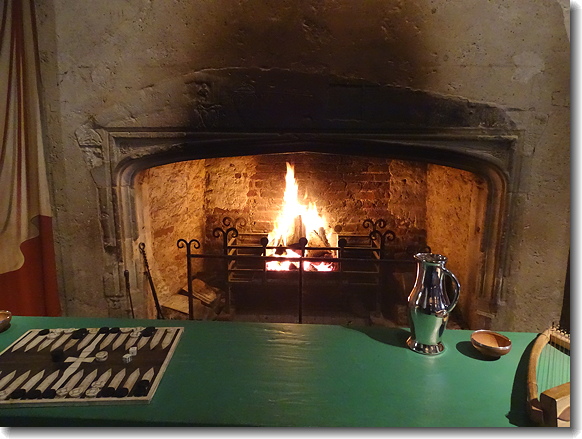 Some of the rooms inside have been decorated to show what they might have looked like when they were built. 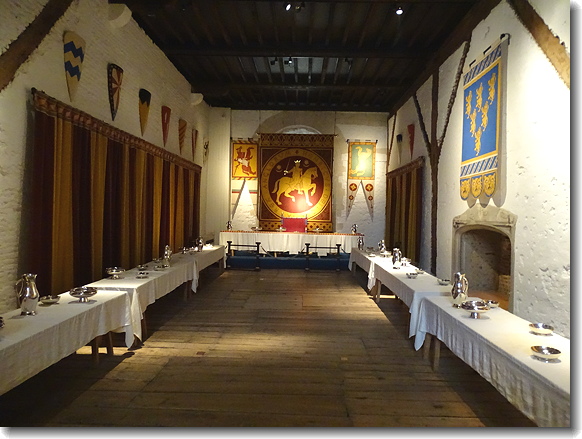 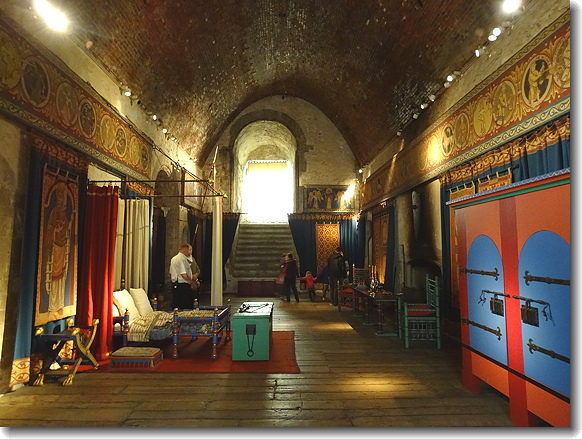 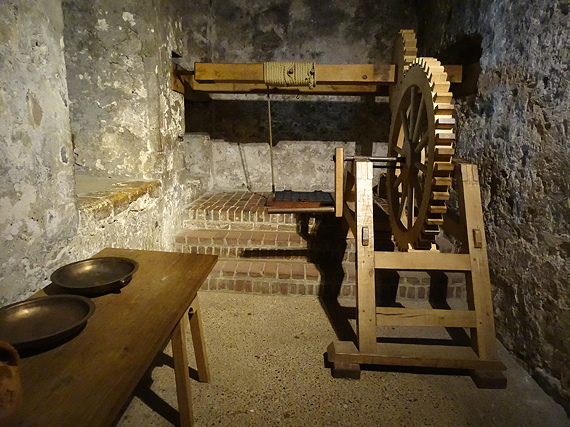 This is a well. The mechanism is used to raise and lower a bucket. 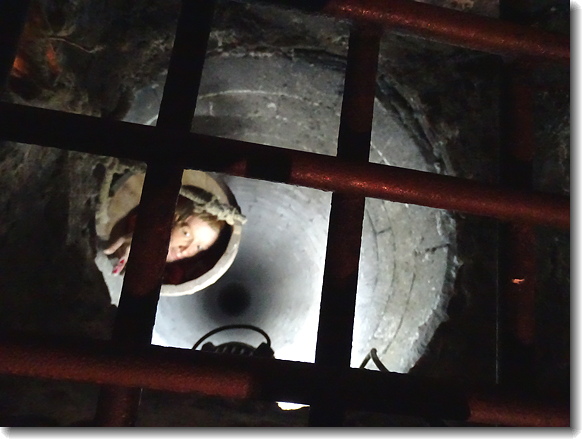 We looked down the well and noticed that someone had left a head in the bucket. Pretty careless really! 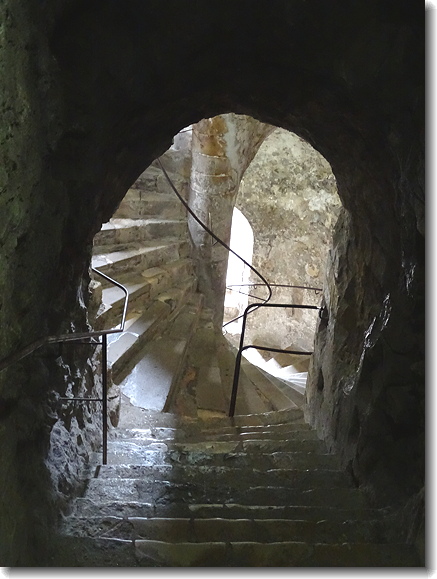 There are many spiral staircases and hiding places. 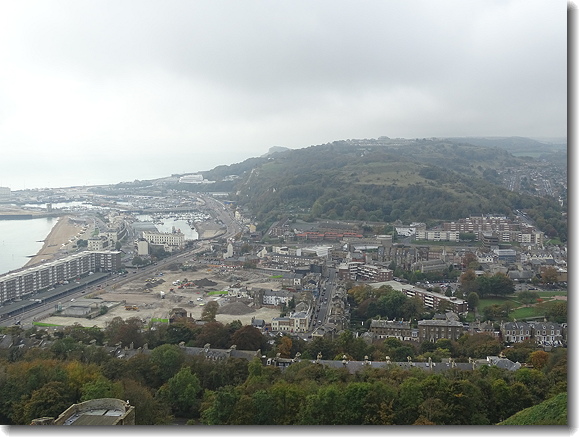 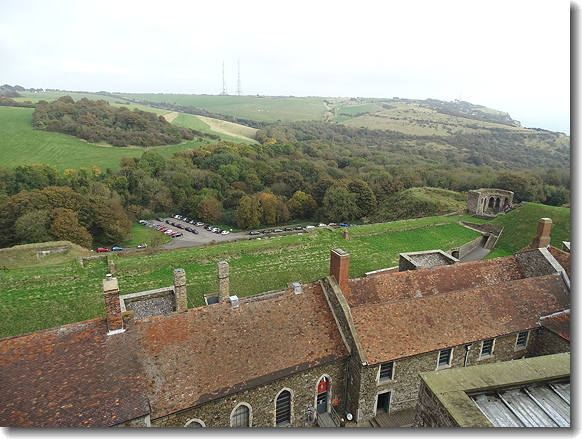 We were rewarded with wonderful views when we had climbed all the steps. 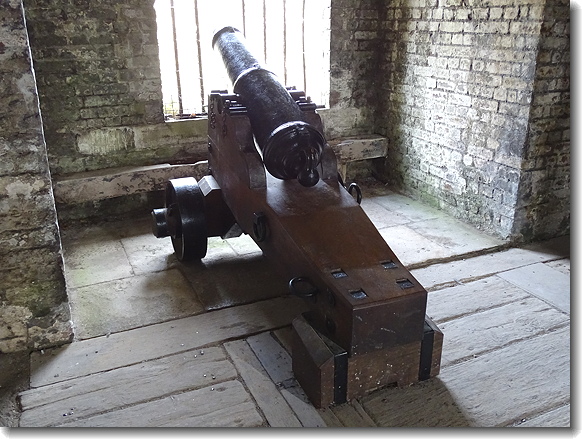 The castle was very heavily fortified well into the 20th century. It played an important part in both World Wars when an extensive system of secret tunnels was dug. Sadly, we did not have time to go on a guided tour of his part of the castle. 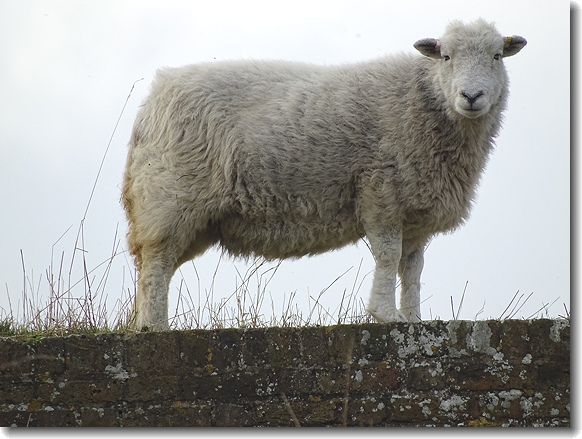 Now that the armed forces have left, some more peaceful residents have moved in to some of the grassed areas.

Because we needed to get to our accommodation in Cambridge before dinner, we had to leave the castle about 3:00pm. I had hoped to be able to attend Evensong at King's College (5:30pm) but we didn't make it in time. Luckily, Evensong at St.John's College was at 6:30pm and we managed to get there. This choir has the reputation (with King's College) of being one of the top two choirs in the world. They did not disappoint. The standard of the music was as near to perfect as humanly possible. The chanting of the psalms was superb as was everything else. I was blown away! The music included the responses by Rose and Psalms 140 (chant Robinson) and 141 (chant: Spohr. The canticles were Dyson in D and the anthem was Britten's A Hymn of St Columba. The organ voluntary was Howells Rhapsody no. 3 in C sharp minor.

After dinner at McDonald's, we returned to our accommodation. We were both exhausted so went to bed quite early.